Childhood and adolescent obesity have become what most would agree to epidemic proportions in the United States today.

The primary reason for this is that the number of overweight children and teens is increasing so quickly each year.

By 2004, this number of obese children had more than doubled to a staggering 17 percent!

-Today, at least one in every four children is overweight; some studies have it as one in  three . Teens don't fare any better because overweight children often learn  eating patterns  that then become a part of their lives.

These lifestyle choices follow them into their adolescence, making it very difficult to shed the pounds gained in childhood.

In 2010, it has been estimated that 50 percent of children in America are overweight, according to Yale's Rudd Center for Food Policy and Obesity.

What are The Health Risks of Obesity?

Diabetes  mood from childhood obesity, used to be a rare occurrence, and doctors were shocked when the first cases linked to weight gain started showing up.

These were treated as isolated cases, until more and more doctors saw an alarming pattern of both type 2 diabetes, and even heart problems in children, and both were increasing.

Unlike the genetic and / or inherited form of diabetes, type 2 diabetes is thought to be completely preventable if weight is kept under control.

That too, was very rare, but now plaque is starting to build up in the arteries of overweight children and teens, putting them at risk from these very serious medical conditions, and possibly even death.

What Causes Childhood and Teen Obesity?

There is no single factor that can be said to cause adolescent obesity or even childhood obesity, for that matter.

-However, modern lifestyles have made weight gain much easier.

Instead of sitting down at the dinner table and having a family meal, many children today are given fast foods and high-fat meal choices.

Other items contain empty calories, including sodas. Even these foods and drinks might not be a problem if children and teens participated in regular sports, and if families made a point of being active together.

The Stigma of Adolescent Obesity

Once the teen years begin, being overweight can be a source of enormous stress, especially when cultural role models on television or magazine covers are unrealistically thin.

Oftentimes it doesn't even take until the teen years for the pain to start. Overweight children can be easy targets for bullying.

Studies have shown that children as young as three years old have been taunted and bullied by other children and teens.

Cruel behavior towards obese adolescents often goes beyond bullying, it can even cause teens to have thoughts of suicide, and even raise their blood pressure to dangerously high levels.

For some teens, being overweight increases their risk of death medically, as well as attempts at their own lives.

-Peer pressure can be tremendous.

How to Prevent Childhood and Teen Obesity

Drastic measures and crash diets, more often than not, will do little to help children or teens learn lifelong healthy eating habits.

Restricted diets can often seem like punishment, especially to younger children, but eliminating most all junk foods (occasional treats are okay) and making sure healthier options are available in the home can go a long way in helping to reduce childhood and adolescent obesity.

Often, doctors will prescribe dietary guidelines only if a child or teen is morbidly obese and appears to be in impending physical danger.

Instead, gradual lifestyle changes, with slow and steady weight loss, are a better way to lose weight. Starting out slow really works well for introducing various forms of exercise into the routine as well.

Rather than take a long hike or ride, and as a result being physically exhausted and vowing never to try it again, families should try biking or other forms of  fun  physical activities for fifteen minutes or so, or just spend time taking  short  walks around the neighborhood at first.

Television can be turned off during dinner, and both children and teens should be encouraged to plan and even cook meals, making it fun to learn how and why healthy eating can really help.

-Adolescent obesity, it can be prevented.

Even if you're a little late getting started, it's so worth it.

They can do it, they just need our help, and let's face it, a lot of us could use it too!

From  Adolescent Obesity  back to  Dangers of Obesity


From Adolescent Obesity to Health-Stories Home
As seen on:EzineArticles.com
FacebookTwitterPinterestTumblrRedditWhatsApp


Popular Stories Articles and Your Submissions

The Real Dangers of Obesity

-Share an inspirational health story of your own or read some of the health stories left by other visitors to this site.

-Have you ever completed the Cooper Test Run? Let us know your results, or see how far others have run it, in their Cooper test, you just might be in for a surprise.

-By subscribing to our blog
(don't worry no email needed) 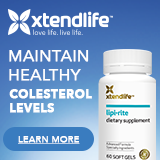